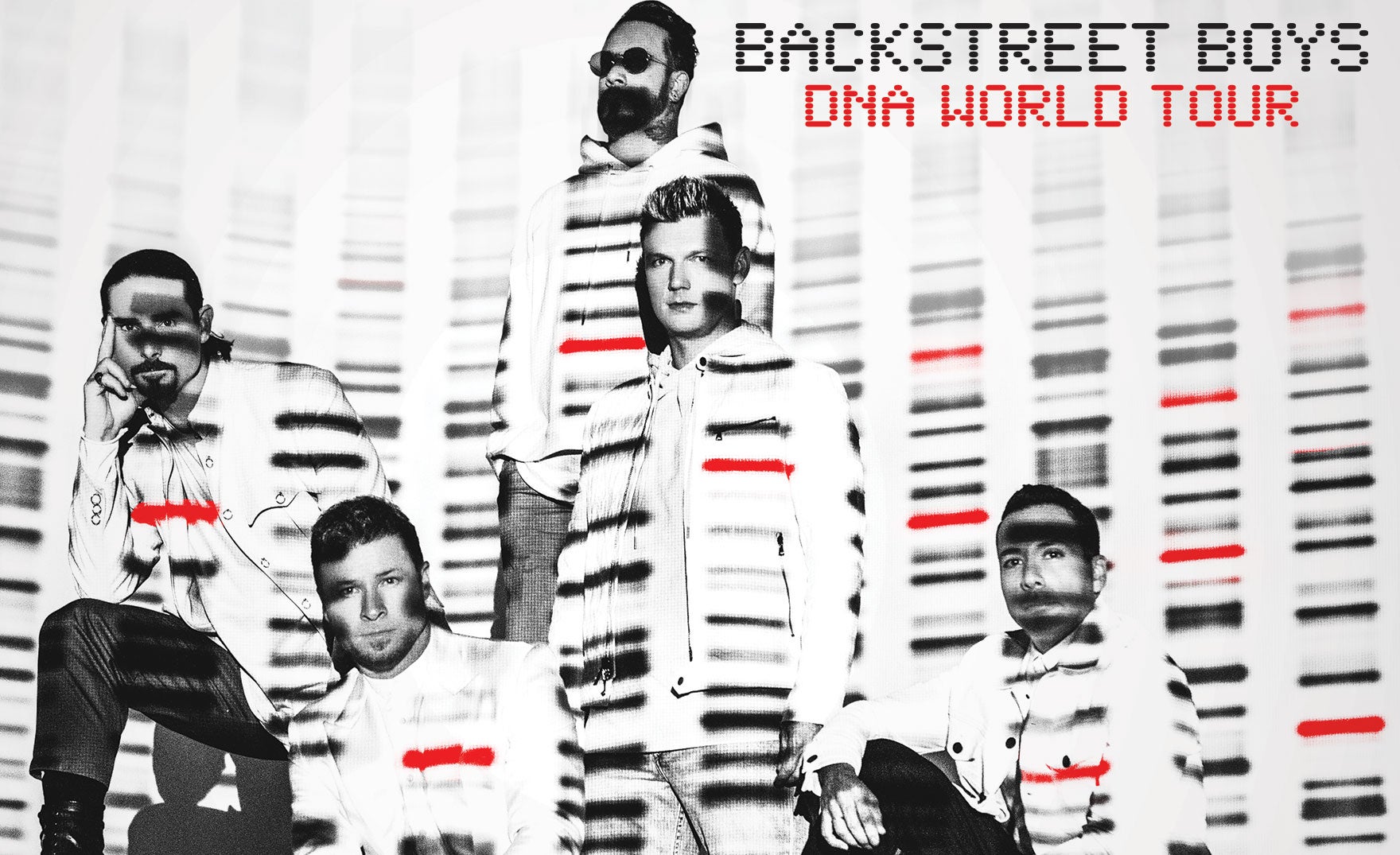 BSB analyzed their individual DNA profiles to see what crucial element each member represents in the group’s DNA. Watch the video here http://bkstboys.co/DNAWorldTour2019 – to see how their individual strains, when brought together, create the unstoppable and legendary Backstreet Boys.

Beginning on May 11th, the group will set off on the DNA World Tour - their biggest arena tour in 18 years. Produced by Live Nation, the guys will perform all over Europe and North America over the course of three months, headlining venues including Capital One Arena in Washington DC, United Center in Chicago, the O2 Arena in London, and many more.
Tickets will go on sale November 14th at LiveNation.com. Every ticket purchased to the North American headlining tour will include one (1) physical copy of their 10th studio album DNA. Learn more about the album/ticket bundles here: https://www.ticketmaster.com/backstreet-boys-tickets/artist/781254

“When this group started 26 years ago – and through all the highs and lows of our career – we’ve had to learn it wasn’t about us as individuals but about what’s best for the group,” says Howie D.
“That’s what I love about this album,” adds Kevin Richardson. “We were able to bring all of our influences and styles into one coherent piece of work. These songs are a great representation of who we are as individuals and who we are as a group. It's our DNA. We’re really proud of that.” “The journey is ongoing with us and there is so much left to do,” says Brian Littrell. “We’re living the next chapter that hasn’t been told yet, and that's exciting.”
After 14 months of setting and breaking records in Las Vegas, BSB’s residency “Backstreet Boys: Larger Than Life” will come to an end on April 27, 2019.
“Vegas has been amazing and these next set of dates are going to be a party,” says Howie D. “Then it’s time for us to visit our fans all over the world.”