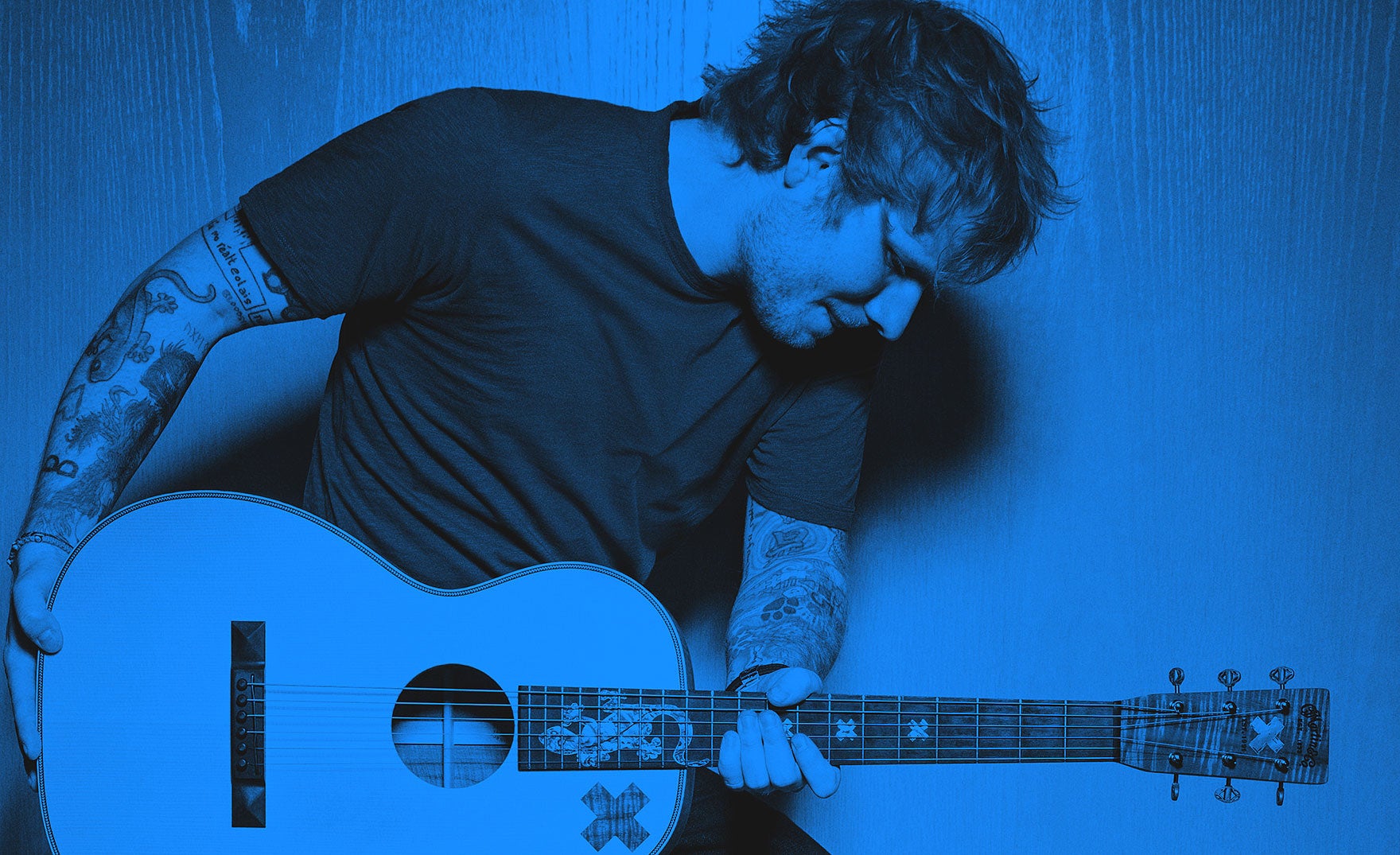 Pre-sales for all North American dates on the tour - powered by Ticketmaster Verified Fan, an innovative new tech product from Ticketmaster built to help artists combat bots and get tickets into the hands of real fans who intend to go to the event – are set to begin Monday, March 13th at 10 AM and run through Thursday, March 16th at 10 PM (all times local); supplies are limited. All remaining tickets will then be released to the general public on Friday, March 17th at 10 AM (local) except the July 19th date at Montreal, QC’s Bell Centre, on sale at 12 Noon (local).

The tour celebrates Sheeran’s landmark third studio album, “÷.” The album – pronounced “divide” – includes the universal hit singles, “Shape of You” and “Castle On The Hill,” both of which made incredible chart entries after their simultaneous January release. “Shape of You” debuted at #1 on Billboard’s “Hot 100” – Sheeran’s first time atop the overall chart – and has remained there for six weeks total thus far. Meanwhile, “Castle On The Hill” entered the “Hot 100” at #6, establishing Sheeran as the first artist to ever have two singles make simultaneous top 10 debuts in the chart’s 58-year history. “Shape of You” was quickly certified 2x-platinum by the RIAA, while “Castle on the Hill” earned gold -- the first two songs released in 2017 to achieve RIAA certifications this year.

“Shape of You” is currently #1 at both CHR/Top 40 and Hot AC radio outlets nationwide while also continuing to rule the top spot on iTunes’ “Top Songs” chart and Spotify’s “Top 50” (both Global and U.S.). The song’s official companion video – directed by MTV Video Music Award winner Jason Koenig– is further achieving record-shattering numbers of its own, with individual views in excess of 300 million at Sheeran’s official YouTube alone.

“÷” has fast proven an even greater phenomenon than Sheeran’s 4x RIAA platinum certified second album, 2014’s “x.” Released March 3rd, the album immediately rocketed to #1 on iTunes charts in 96 countries around the world, including the United States and the United Kingdom. “÷” has also achieved historic levels of steaming success including the best-ever one day streams for a single artist (68,695,172), best one day streams for an individual album (56,727,861), and best first day streams for an individual album (56,727,861), the latter two statistics almost doubling the previous record-holder’s success. In addition, “Shape of You,” the album’s stellar first single, earned the best one day streams for a single track with a remarkable 10,123.630 streams – besting Sheeran’s own record set earlier this year upon the single’s initial release.

Sheeran is celebrating the announcement of the tour this morning with a live appearance in New York City’s Rockefeller Center as part of NBC’s TODAY “Citi Concert Series.” The performance continues a long series of high profile media appearances supporting “÷,” including NBC’s The Tonight Show Starring Jimmy Fallon and Saturday Night Live, The Ellen DeGeneres Show, CBS This Morning, and both the 59 Annual GRAMMY® Awards and the 2017 iHeartRadio Music Awards.

Ed Sheeran – a multiple GRAMMY Award winner and 11-time GRAMMY nominee - has quickly established himself as one of the world’s biggest musical artists with over 22 million albums sold and 4.7 billion Spotify streams. “÷”  follows the British singer-songwriter’s second full length album “x”(pronounced multiply) – released in 2014 – which proved to be both a critical and commercial phenomenon.  After debuting at #1 on the Billboard 200 upon its release, the album has since been certified 4x-Platinum in the US and earned two GRAMMY nominations, including the prestigious “Album Of The Year.” Additionally, “x” spawned four consecutive multi-platinum singles in “Sing,” “Don’t,” “Photograph,” and his global smash and biggest single to date “Thinking Out Loud,” which marked his first #1 at Top 40 radio and won a pair of GRAMMY awards, including highly coveted “Song Of The Year.”

Furthermore, “x” was a global sensation reaching #1 on album charts in 14 countries including his native United Kingdom, and topping 95 iTunes charts across the globe. One of the planet’s most popular live performers, Ed has played sold out headline shows at some of the biggest venues around the world, including Gillette Stadium in Foxborough, MA, Suncorp Stadium in Sydney, and at London’s Wembley Stadium in front of 240,000 fans over 3 nights. Ed first broke through to the mainstream in 2012 with his debut album “+” (pronounced plus), which was a top 5 debut in the US  and spent three weeks at #1 in the UK. The 2x-Platinum “+” features “The A Team”, an international smash which earned Ed his first GRAMMY nomination (“Song Of The Year”) and has been certified 3x-Platinum in the US.

Sheeran launched his own imprint, Gingerbread Man Records, in 2015, with the signing of fellow British singer songwriter Jamie Lawson – whose self-titled album debuted at #1 in the UK – and Irish troubadour Foy Vance.