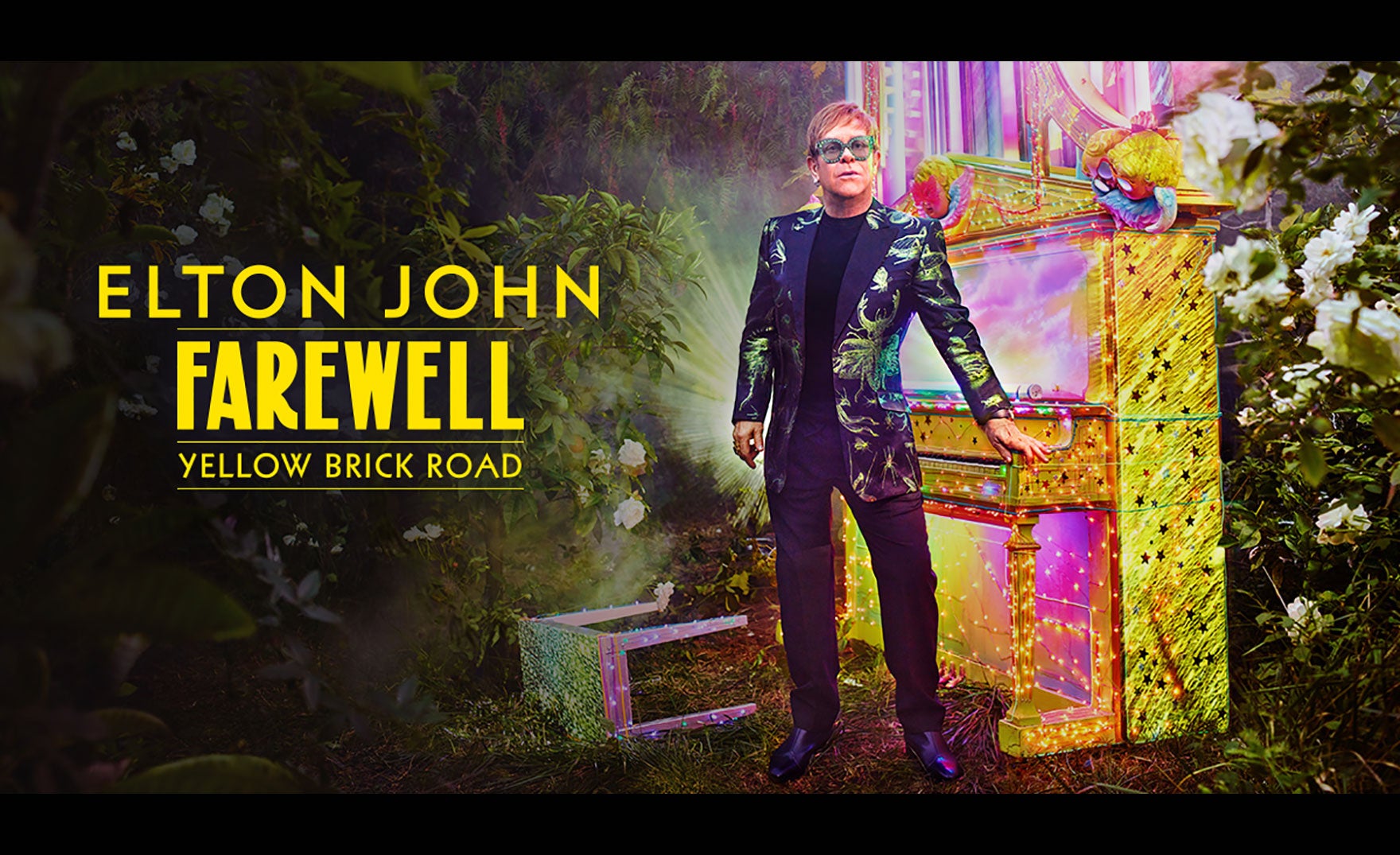 
ABOUT ELTON JOHN:
Elton’s career achievements to date are unsurpassed in their breadth and longevity. Elton is one of the top-selling solo artists of all time, with 38 gold records and 31 platinum and multi-platinum albums, over 50 Top 40 hits, and he has sold more than 300 million records worldwide. He holds the record for the biggest-selling single of all time, “Candle in the Wind 1997,” which sold over 33 million copies. ‘Diamonds’ the Ultimate Greatest Hits album, reached the Top 5 of the UK album charts on its release in November 2017, becoming Elton’s 40th UK Top 40 album in the process, reaching Gold status before the end of the year. This release celebrated 50 years of his songwriting partnership with Bernie Taupin. He has also written the music for stage and screen successes Billy Elliot: The Musical, Elton John and Tim Rice’s Aida, and The Lion King, which was named the highest-grossing stage show or film release in the world. To date, Elton has delivered more than 4,000 performances in more than 80 countries since launching his first tour in 1970. Among the many awards and honors bestowed upon him are 5 GRAMMYs including a GRAMMY Legend award, a Tony and an Oscar, a Best British Male Artist BRIT Award, induction into the Rock and Roll Hall of Fame and the Songwriters Hall of Fame, the Kennedy Center Honor, Legend of Live Award, 13 Ivor Novello Awards and a knighthood from HM Queen Elizabeth II for “services to music and charitable services.” Only a few days ago, he received the Crystal Award for this long-standing fight against HIV/AIDS at the World Economic Forum in Davos.  In 1992, Elton established the Elton John AIDS Foundation, which today is one of the leading nonprofit HIV/AIDS organizations and has raised over $400 million to date in the global fight against HIV/AIDS.
ABOUT AEG PRESENTS:
AEG Presents is one of the largest live music companies in the world.  The company is dedicated to all aspects of live contemporary music performances, including producing and promoting global and regional concert tours, music events and world-renowned festivals. AEG Presents operates in North America, Europe and Asia through 16 regional offices that support its tours which include such artists as Elton John, Taylor Swift, Paul McCartney, The Rolling Stones, Justin Bieber, Katy Perry and Kenny Chesney; produce or support over 40 music festivals, including the iconic Coachella Valley Music & Arts Festival; and owns, manages or books more than 80 clubs and theaters. AEG Presents produces and promotes more than 15,000 shows annually worldwide and conducts business under such globally renowned brands as AEG Presents, Goldenvoice, Concerts West, Messina Touring Group, Marshall Arts LTD, and Madison House Presents.