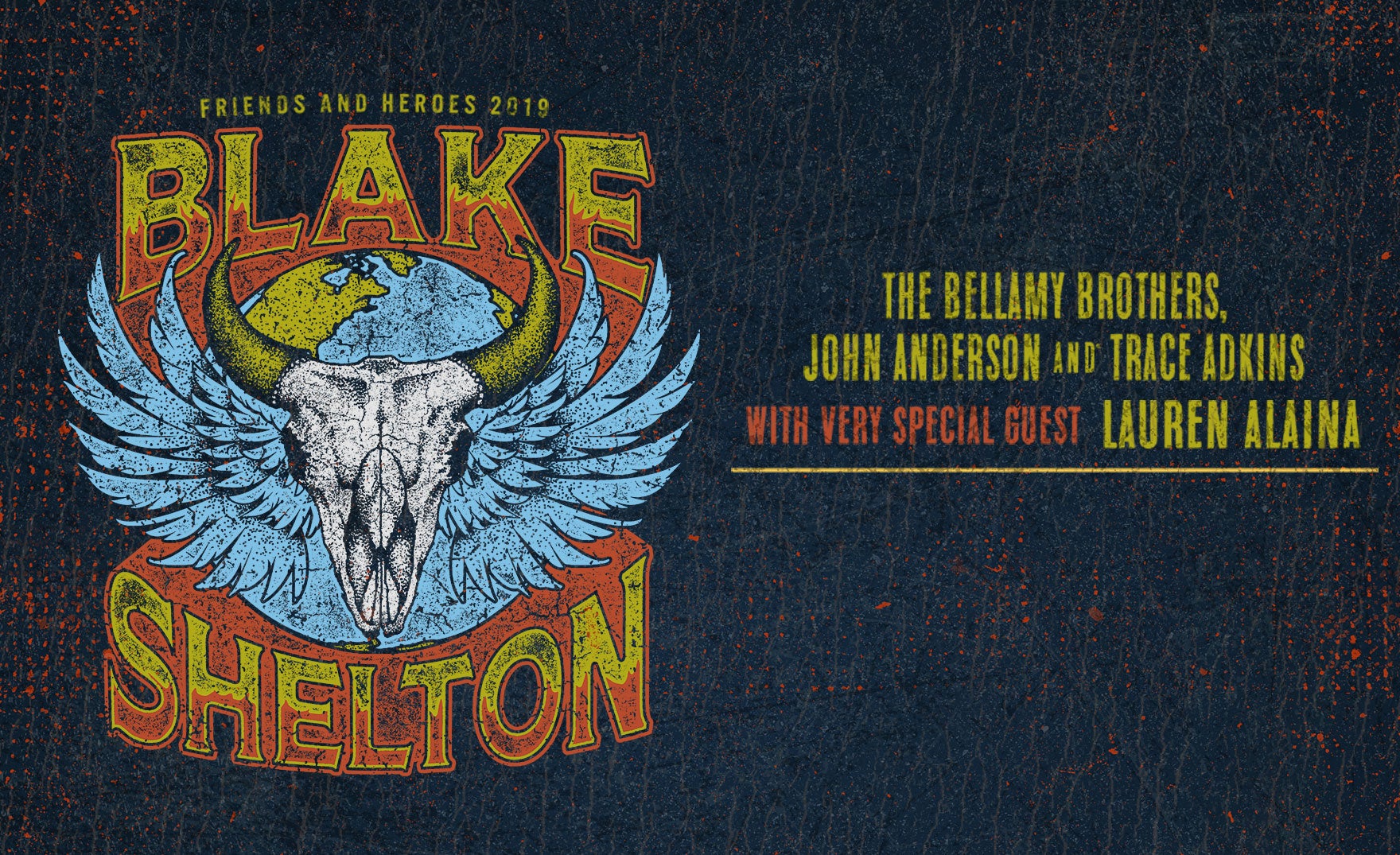 From his team members on The Voice to veteran country artists, Blake Shelton has a history of demonstrating his support for the people in whom he believes; when he realized that fans across the country needed to hear music from his friends and heroes, he decided to bring them all out on the road. “Friends & Heroes 2019” will kick off on February 14 in Oklahoma City, OK and will span 18 dates across the country (full list below). Very special guest Lauren Alaina joins Shelton for the run along with special appearances by country icons the Bellamy Brothers, John Anderson and Trace Adkins.

“I’m really excited about my tour because it’s taking where I came from and the music I listened to growing up, and actually introducing it to a whole new audience,” Shelton said. “I feel like a lot of people might know the Bellamy Brothers’ and John Anderson’s music, but maybe they’re not familiar with who they are as artists. I think that this is going to be a great opportunity for the country music fan base to be re-introduced to these guys and, selfishly, I’m just excited to share the stage with them! It’ll be great to have Trace back out on the road with us, and I can’t wait for one of my newer friends and heroes, Lauren Alaina, to blow these crowds away.”

VIP experiences will be available throughout the 2019 tour with premium perks ranging from a great seat on the floor to exclusive merchandise. The BS'ers VIP Lounge will also return, including the opportunity to pose in Shelton’s chair from The Voice, plus he will play a private acoustic set in select cities. Blake Shelton VIP Experience details are available at https://www.cidentertainment.com/events/blake-shelton-tour/.

Fans can hear Shelton on country radio with his Top 15 and climbing single “Turnin’ Me On.” The “smoldering, mid-tempo number about a seductive flame” (Rolling Stone) follows smash hits “I Lived It” and “I’ll Name The Dogs,” the latter of which notched him the 25th No. 1 single of his career and recently earned its RIAA Gold certification. Shelton has already taken the single to major television stages on Late Night with Seth Meyers, TODAY, the 2018 CMT Awards and more. He is also back as a coach for his 15th season on NBC’s The Voice.

“Turnin’ Me On” hails from Shelton’s chart-topping Warner Bros. / Warner Music Nashville album Texoma Shore. In the week following album launch, he became the first artist in Country Aircheck / Mediabase history to have six songs chart simultaneously. It became his sixth record to debut at No. 1 on the Billboard Top Country Albums chart and marked his 11th all-genre Top 10.