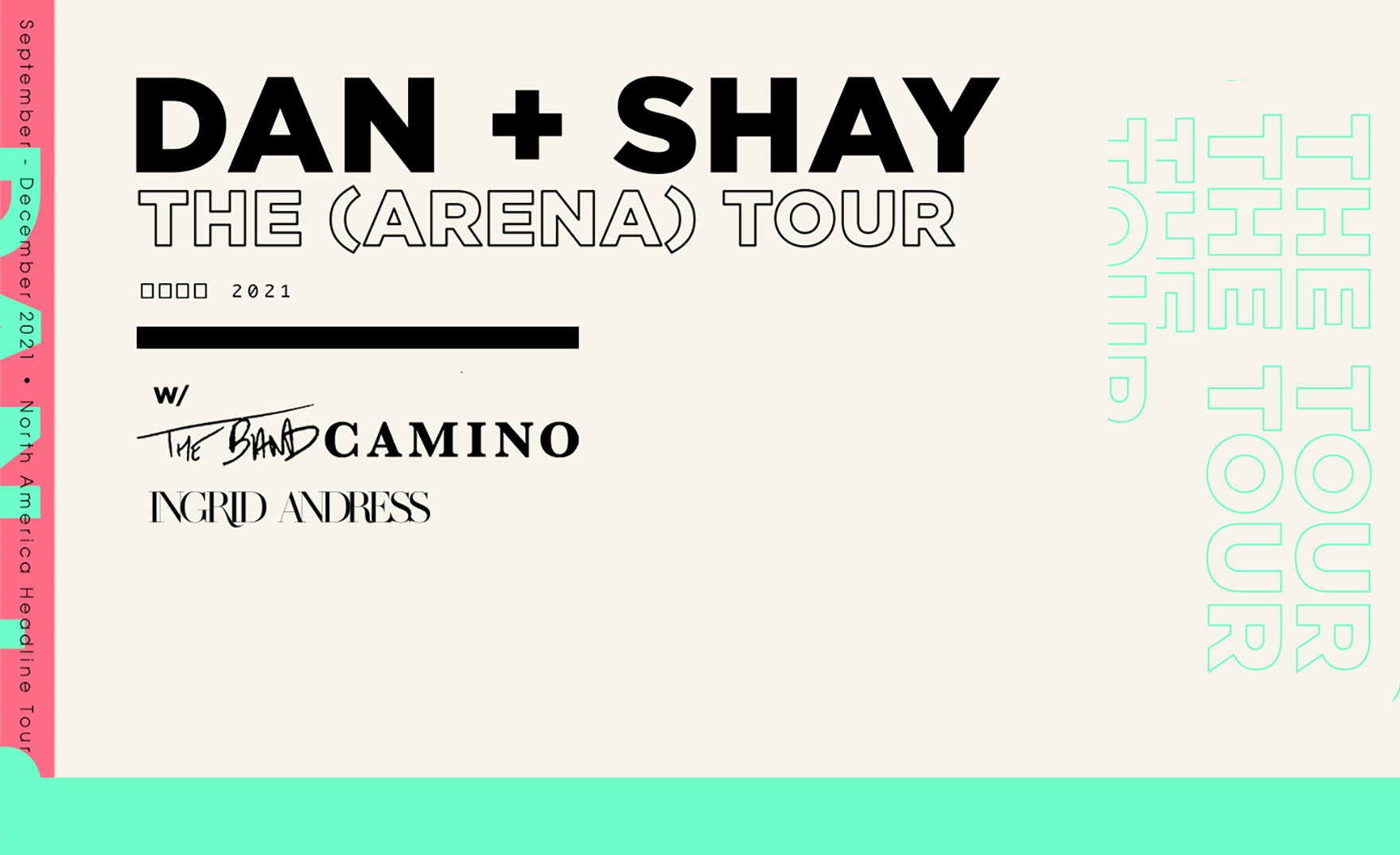 KNOW BEFORE YOU GO:

Please remember this show was rescheduled from September 26, 2020. Hard/Card Stock Tickets from the original date will be accepted for tomorrow night's show. 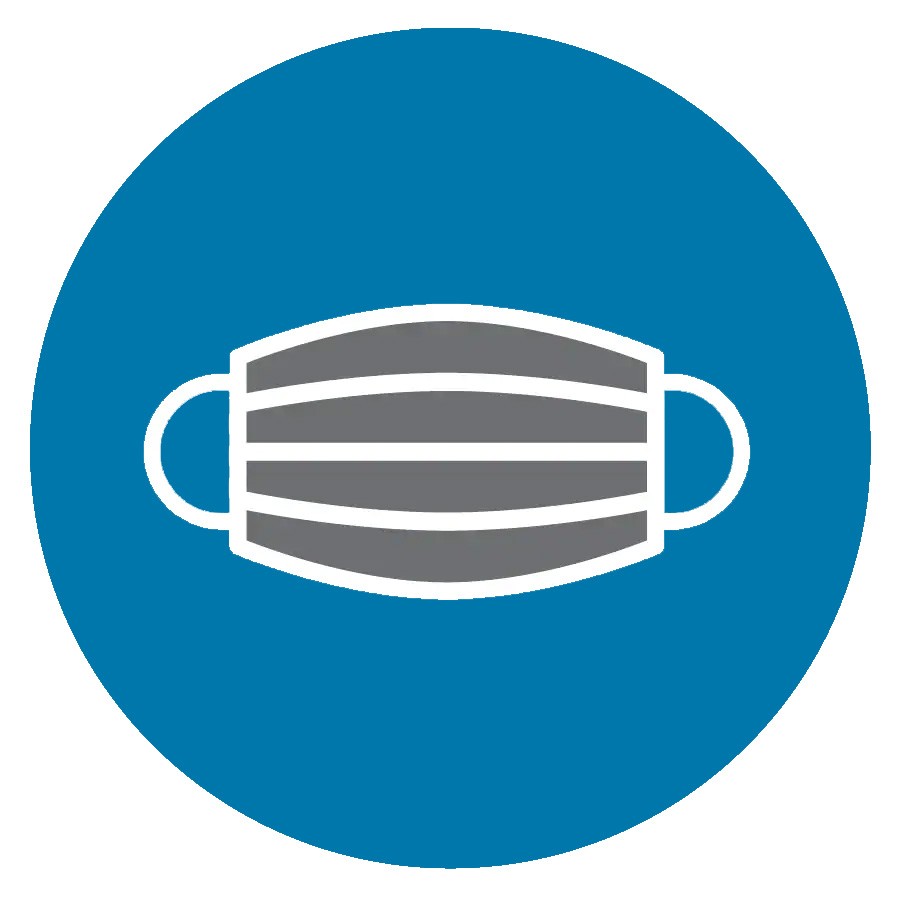 Masks are recommended per the CDC guidelines for all guests while inside the arena, except while actively eating or drinking. 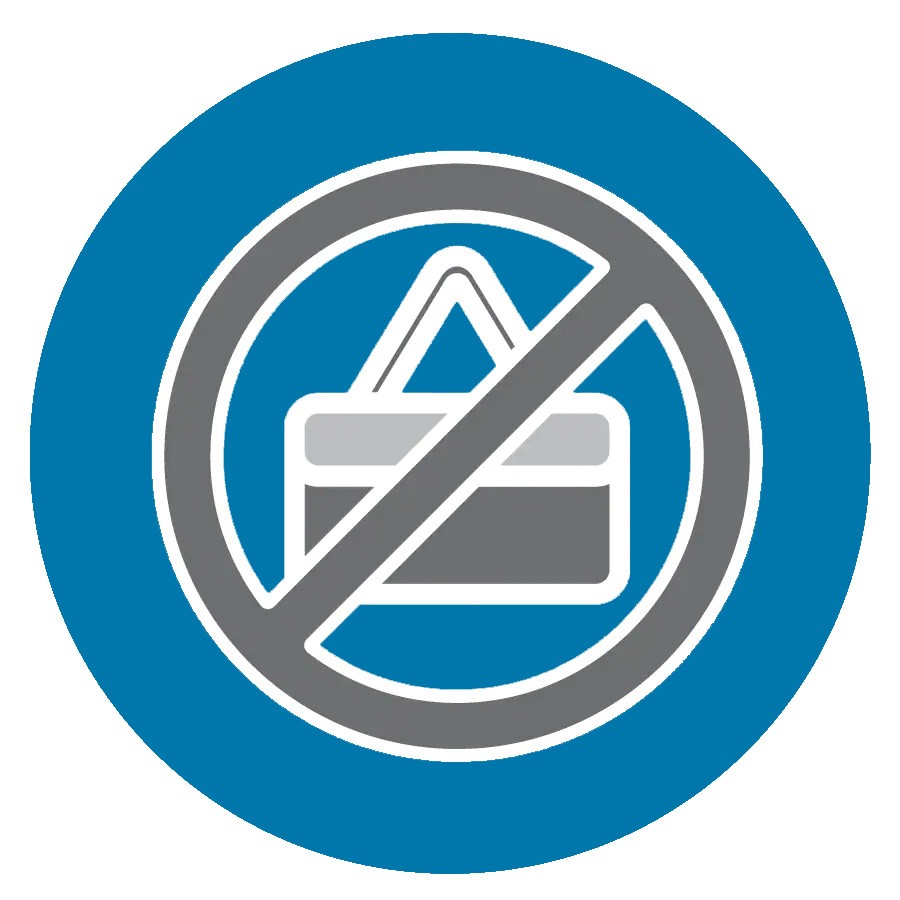 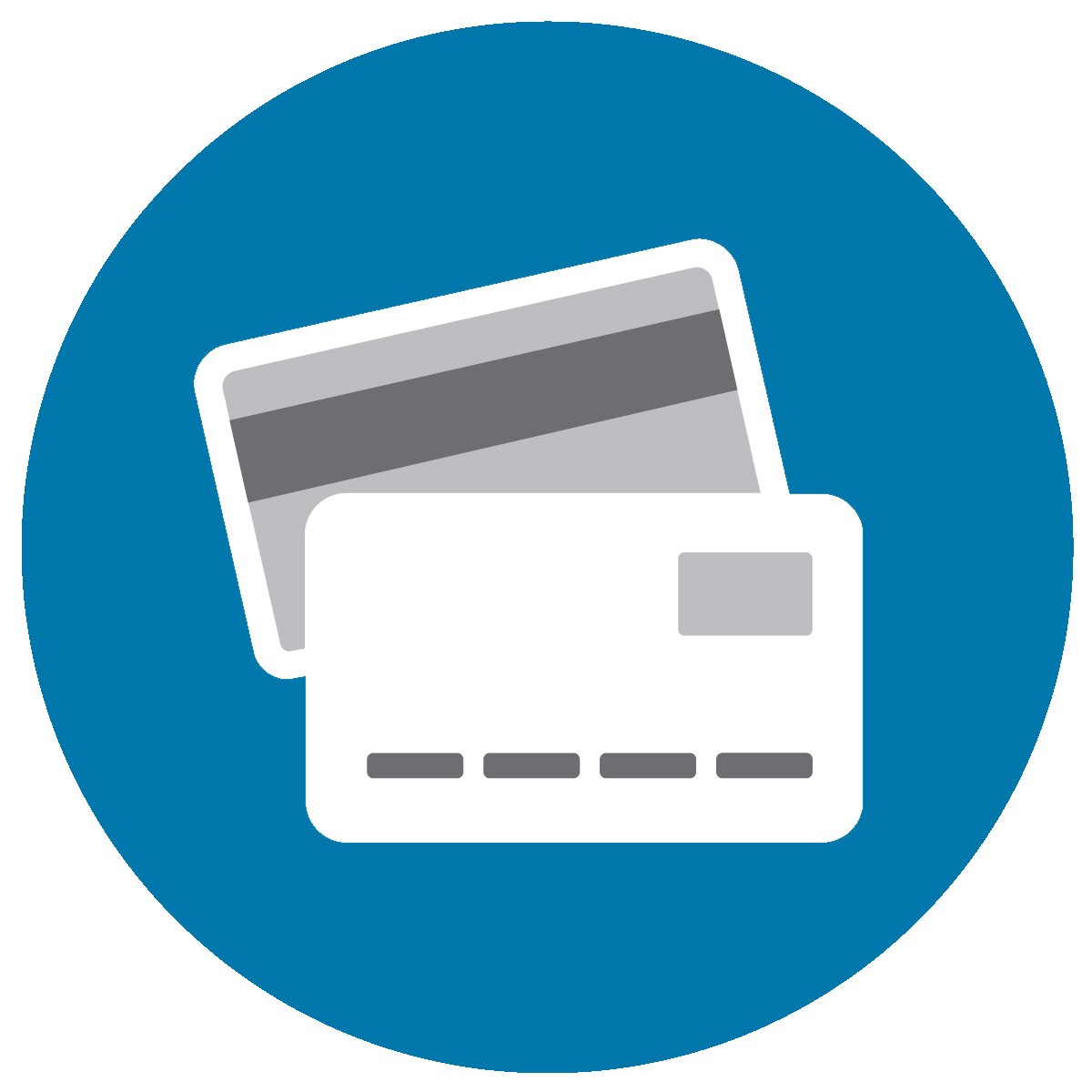 PPG Paints Arena is a fully cashless arena, ensuring contactless options for food, beverage, and merchandise purchases. Cash will not be accepted.

Three-time consecutive GRAMMY Award-winning duo Dan + Shay are gearing up to get back on the road with their headline Dan + Shay The (Arena) Tour kicking off with new 2021 dates beginning September 9 in Greenville, SC. The trek will continue for 30+ dates before concluding on December 7 in Boston, MA and includes a stop at the famed Madison Square Garden in New York, NY on September 16.

Additionally, two new shows were announced today – October 15 in Los Angeles, CA at STAPLES Center and October 16 in San Diego, CA at Pechanga Arena. Pre-sales for those shows begin today, May 10 at 10:00am PT, with general on sale for all tickets beginning Friday May 14 at 10:00am PT. Tickets for all other dates and more information is available now at http://www.danandshay.com.

Alternative pop rockers The Band CAMINO and 3x GRAMMY nominee and multi-platinum-selling singer-songwriter Ingrid Andress will join The (Arena) Tour as special guests for all dates.

The massive tour, presented by AEG Presents, marked a career milestone for the duo as their first ever headlining arena trek when it officially kicked off in March 2020 with three consecutive sold-out shows – two back-to-back in Nashville, TN and another in Columbus, OH. More than 40,000 tickets were sold across the three nights and as The Tennessean noted at the time, “Even with their three monster hits: ‘Tequila,’ ‘10,000 Hours’ and ‘Speechless,’ it seemed like nearly every song was greeted like a single by the packed house.”

The tour was rescheduled due to COVID-19; all previously purchased tickets will be honored for new, rescheduled dates as outlined below.

Dan + Shay have continued their meteoric rise to superstar status throughout 2020 and 2021. In March, they won their third consecutive GRAMMY Award for Best Country Duo/Group Performance, making them the first artist to do so since the category’s inception. They also recently pulled off a three-peat at the 56th annual ACM Awards in April, taking home their third straight Duo of the Year title and performing their new hit single “Glad You Exist” from Nashville’s esteemed Bluebird Café. They are currently nominated for an iHeart Radio Music Award in the all-genre Best Duo/Group of the Year category and are Billboard Music Awards finalists for Top Duo/Group and Top Country Duo/Group. The duo has performed on countless television stages and recently teamed up with Blake Shelton on the current milestone 20th season of NBC’s The Voice, where they served as Shelton’s Battle Advisors.

In the eight years since they formed, Dan + Shay have surpassed seven billion global career streams (with over four billion impressions in 2020 alone), accumulated 37 total RIAA certifications and achieved eight No. 1 singles at country radio. “Glad You Exist” has amassed 70+ million global streams to date and follows their recent No.1, RIAA Platinum-certified smash “I Should Probably Go To Bed,” which has surpassed 1.4 million U.S. track equivalents and 250+ million global streams. The duo shattered records with their single “10,000 Hours,” which has garnered over 1.5 billion global streams to date, was the fastest country song to reach over one million U.S. track equivalents in 2019 and spent 21 weeks at No.1 on Billboard’s Hot Country Songs chart (5th longest run in chart history). They have earned multiple GRAMMY, CMA, ACM, American Music, and Billboard Music Award wins and nominations. Dan + Shay The (Arena) Tour follows their sold-out Dan + Shay The Tour in 2019.

Dubbed "Rock's next big thing" by Billboard, and one of People’s “Ones to Watch” for 2021, hailing from Memphis, Tennessee, The Band CAMINO’s founding members Jeffery Jordan (vocals, guitar) and Spencer Stewart (vocals, guitar) first met at the University of Memphis. Garrison Burgess (drums) joined the band in 2018 after Jeffery and Spencer moved to Nashville. The band’s Elektra Records debut EP, tryhard, featured fan-favorites "Daphne Blue," "See Through," and "Honest." "Daphne Blue" made waves on AltNation spending multiple weeks at #1 on the Alt18 countdown, while the band received additional media coverage from Billboard, Ones To Watch, LADYGUNN, Paste, Consequence of Sound, American Songwriter, Elite Daily, LA Weekly, and more. 2019 also saw The Band CAMINO embark on a completely sold-out U.S. headline tour, along with numerous festival appearances at Forecastle, Lollapalooza, and Austin City Limits, where they were named a "breakout act" by Grammy.com.  With a highly anticipated album releasing later this year featuring their singles “1 Last Cigarette” and “Sorry Mom”; a Saturday spot at Bonnaroo on September 4; and extensive touring plans, The Band CAMINO will continue to push boundaries as the rock band of the pop generation. For more information on The Band CAMINO please visit: Instagram | Twitter | YouTube

“A signpost for modern female complexity,” (Billboard) Warner Music Nashville / Atlantic Records recording artist Ingrid Andress received three GRAMMY nominations earlier this year and was the only country artist nominated in the general field “Big Four” categories as a Best New Artist nominee, tying Miranda Lambert as this year’s most-nominated country artist. A 4X ACM Awards nominee, she co-wrote and co-produced every song on her debut album, Lady Like, which features her Multi-Platinum-selling, No. 1 debut single “More Hearts Than Mine,” and her current single “Lady Like,” which is climbing the country radio charts now. Amazon Music recently announced “A Lady Like That”, a new short film spotlighting Andress and premiering on May 14. Watch the trailer, which offers a glimpse into the story of the young artist and songwriter forging her own path in the music industry, HERE. In addition, the 2020 CMA, ACM and CMT Music Awards nominee took home Song of the Year honors from both the MusicRow Awards and NSAI’s Nashville Songwriter Awards. With over 500 million streams to date, she has received widespread acclaim from outlets such as The New York Times, NPR, HUFFPOST, Entertainment Weekly, ELLE, Teen Vogue, WWD, PAPER and Wonderland to name a few and has made several national TV performances including appearances on ELLEN, The Late Show with Stephen Colbert, The Late Late Show with James Corden, TODAY, Late Night with Seth Meyers, Jimmy Kimmel Live!, The 54th Annual CMA Awards and The 2020 CMT Music Awards.

**not an AEG Presents date

Dan + Shay’s mark upon country music – and beyond – continues to grow. They recently took home a third consecutive GRAMMY for Best Country Duo/Group Performance, making them the first artist to do so 3x consecutively since the category’s inception (2021 – “10,000 Hours,” 2020 – “Speechless,” 2019 – “Tequila”), and have surpassed 7.5 billion global career streams. The reigning 3x ACM Awards and 2x CMA Awards Duo of the Year also recently swept their American Music Awards categories, becoming the first country artist ever to win Collaboration of the Year. The duo most recently released their brand-new single “Glad You Exist” as a message of hope and gratitude to their fans. The track, which was most added at country radio upon impact for two weeks, follows their latest No.1 single “I Should Probably Go To Bed.” The RIAA Platinum-certified tune marked their fifth consecutive chart-topper and has achieved more than 270 million streams globally, with the music video claiming Duo Video of the Year at the CMT Awards.

With more than two billion global streams, Dan + Shay’s multi-week No. 1 hit “10,000 Hours” (with Justin Bieber) became the biggest first-week streaming total in country music history and was the fastest country song to reach one million U.S. track equivalents in 2019, earning over four million U.S. track equivalents to date. “10,000 Hours” is the first song by a country duo or group ever to debut in the Billboard Hot 100’s Top 5 and spent 21 consecutive weeks at No. 1 on Hot Country Songs (5th longest of all time). The worldwide smash has achieved 4x Platinum certification in Canada, 3x Platinum in Australia and the U.S., Platinum in the Netherlands and Gold in four other countries.