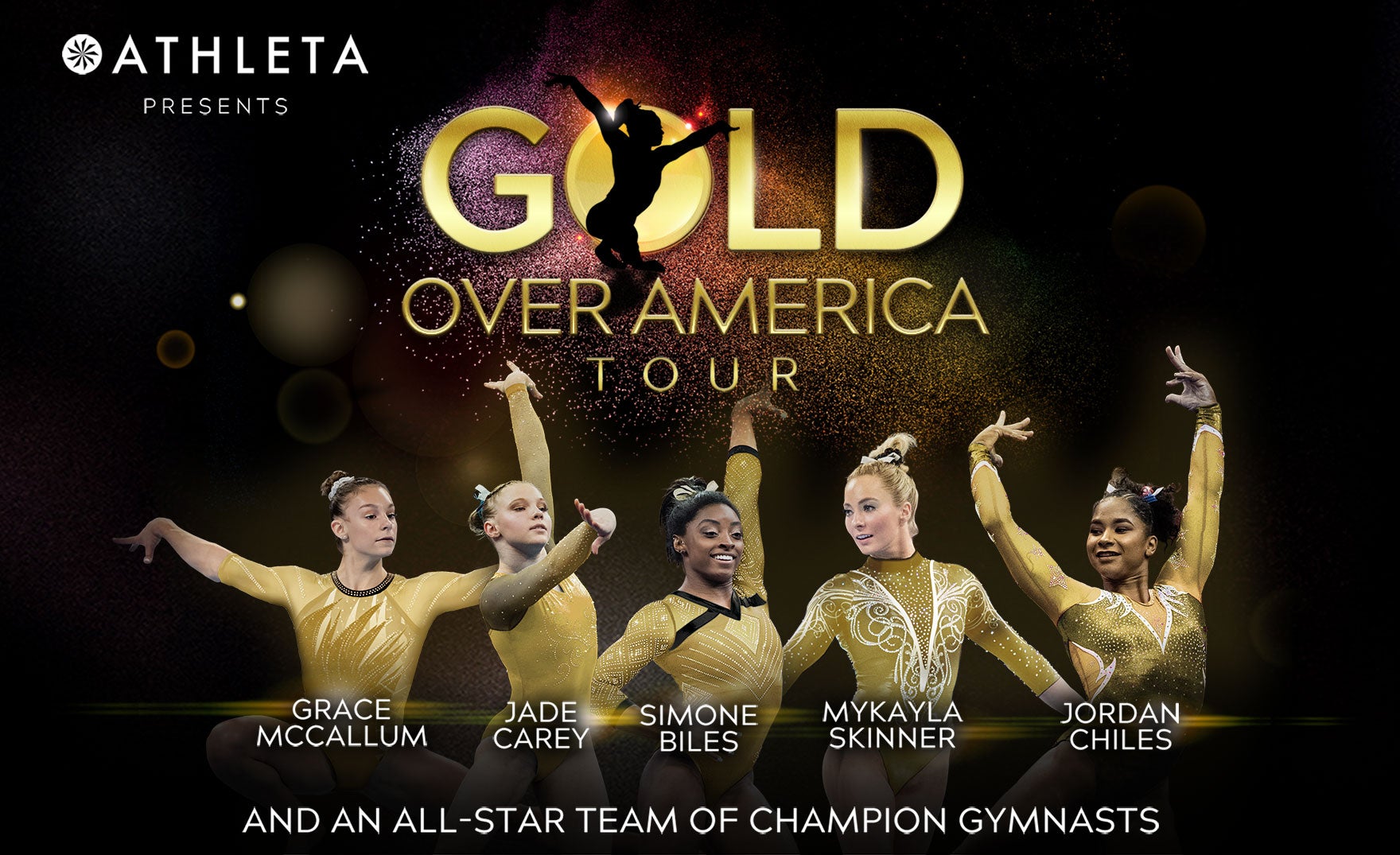 Fans Favorites Laurie Hernandez, Katelyn Ohashi, Morgan Hurd and Chellsie Memmel will be on Tour in One of the Greatest Line Up of Gymnasts Ever!

Straight from the world stage, the best gymnasts in the U.S. featuring the most decorated gymnast of all-time, Simone Biles, will headline the Athleta Presents Gold Over America Tour coming to Pittsburgh!  Biles, who medaled with silver for team competition and bronze for the balance beam, will be joined by her teammates Jade Carey who won gold in floor exercise, Jordan Chiles and Grace McCallum who won silver for team competition and MyKayla Skinner who won silver in vault.

Produced by MagicSpace Entertainment and promoted by AEG Presents/Concerts West, the show brings all the excitement of a gymnastics competition to hometown arenas nightly as each gymnast performs some of their most famous routines mixed with career highlights, personal videos and social media interactions. The show is a high-energy, gymnastics-meets-pop-concert spectacular that will visit 35 North American cities this fall.

“The Athleta Presents Gold Over America Tour will match athleticism and entertainment,” said Biles. “The show embodies the themes of empowerment and togetherness which was on display in Tokyo. Together, all the gymnasts on this tour want to inspire the next generation of women and athletes.”

These women are not only athletes at the top-of-their-game, but also the ultimate squad. The show emerges from their personal values of empowerment, friendship, positive body image, mental health awareness, and self-confidence. A crew of gymnastic dancers under eye-popping LED video screens and lights rounds out the experience.