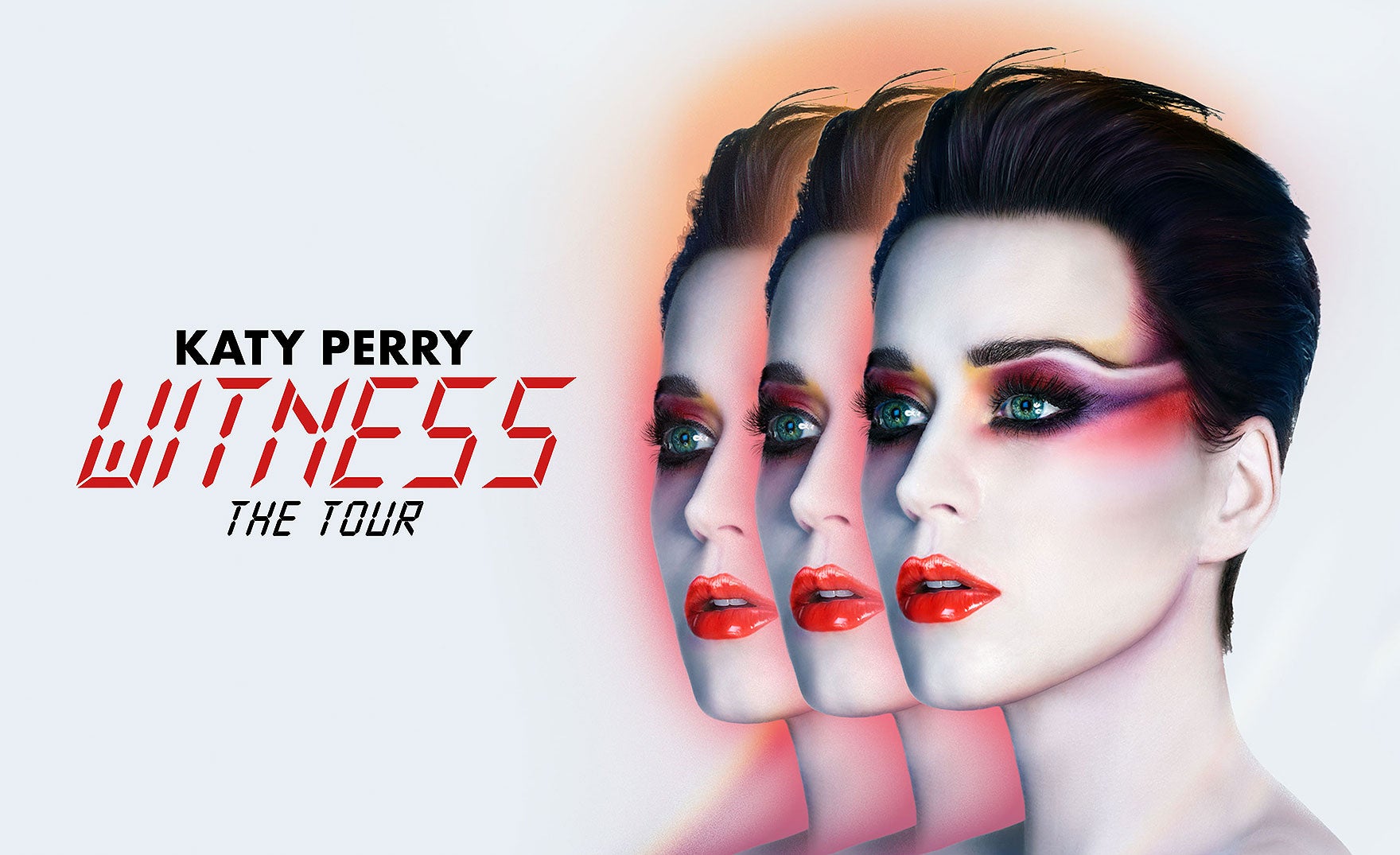 Katy Perry announced the June 9 release of her new album, Witness (Capitol Records), and an extensive arena tour. With Witness, Katy reflects on the changes in her own life and in the world around her, delivering songs that both challenge and inspire. The singles released thus far – the Platinum-certified “Chained to the Rhythm” featuring Skip Marley and the follow-up single, “Bon Appétit” featuring Migos – hint at the breadth of the musical and thematic elements found on Witness. Each ticket purchase for “Witness: The Tour” also includes a pre-order for “Witness: The Album.”

The North American leg of WITNESS: The Tour produced by AEG Presents will kick off on September 7 at Schottenstein Center in Columbus, OH and will make a stop in Pittsburgh at PPC Paints Arena on October 19.  Tickets for the concert go on sale to general public, Monday May 22 at 10 AM. All U.S. concerts on WITNESS: The Tour are presented by Xfinity. Additional sponsors are Citi, COVERGIRL and KATY PERRY PARFUMS. See below for itinerary or visit http://katyperry.com. Additional international tour dates will be announced in the coming weeks.

WITNESS: The Tour Presale Powered By Ticketmaster Verified Fan Begins Thursday, May 18 at 9am local time. Tickets for the tour will be available through registration using Ticketmaster Verified Fan, an easy to use fan-first technology that helps artists combat bots and get tickets into the hands of fans. Registration is open now and continues until Tuesday, May 16 at 10pm PT.  For more information and to register, visit - katyperry.com

"Having just launched a new national advertising campaign with Katy, we're thrilled to extend our relationship to encompass the upcoming Witness Tour," said Jennifer Breithaupt, Global Consumer Chief Marketing Officer, Citi. "Citi cardmembers will have exclusive access to pre-sale tickets for what promises to be one of the biggest and most memorable tours of the year."

Citi is the official U.S. credit card of WITNESS: The Tour. Citi cardmembers will have access to U.S. pre-sale tickets beginning Thursday, May 18 at 12pm local time through Saturday, May 20 at 10pm local time through Citi’s Private Pass® program. For complete pre-sale details visit www.citiprivatepass.com.

WITNESS: The Tour follows Katy’s sold-out, 151-date Prismatic World Tour, which concluded in 2015 and was hailed by Rolling Stone as "a show to damage retinas and blow minds."

Katy, who will be the musical guest on “Saturday Night Live” on the May 20 season finale, made her Capitol Records debut with 2008’s One of the Boys after signing to the label in 2007. She cemented her status as a global superstar with the follow-up album, Teenage Dream (2010). PRISM, her 2013 album, debuted at No. 1 on iTunes in 100 countries and has sold more than 12.5 million adjusted albums worldwide. With the singles “Firework” and “Dark Horse” each surpassing the 10 million threshold including song sales and streams, Katy is the first female artist to earn two RIAA Digital Single Diamond Awards. In her 10 years with Capitol, she has racked up a cumulative 18+ billion streams alongside worldwide sales of more than 40+ million adjusted albums and 125+ million tracks. She is the most-followed person globally on Twitter.

This is my group information.

Here is my description.