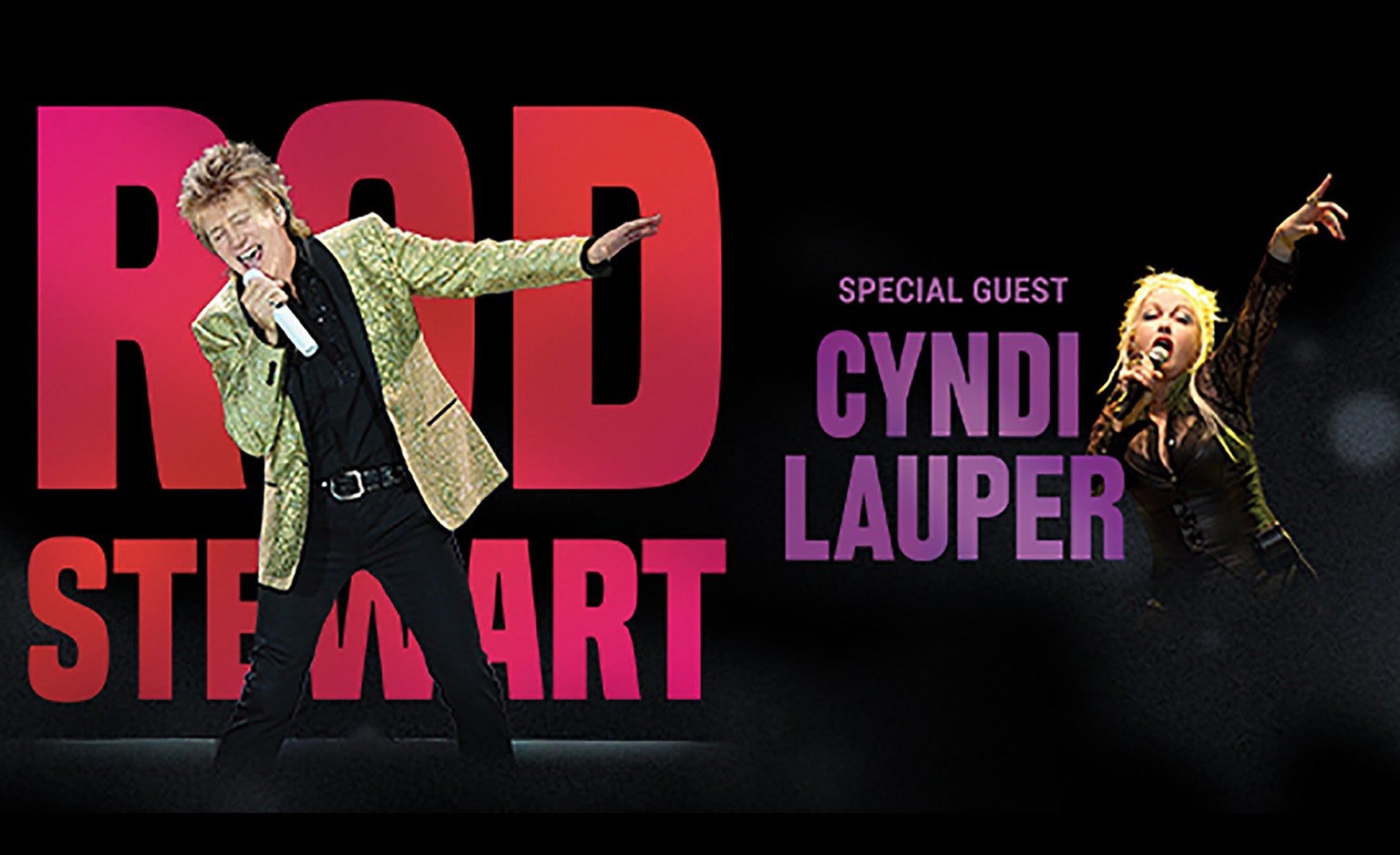 Singer/Songwriter Rod Stewart, the two-time Rock & Roll Hall of Fame-music icon, today announced plans for an extensive North American summer tour.  Following the incredible success and rave reviews for their 2017 summer tour, Stewart has invited the legendary Cyndi Lauper to again join him as the tour’s special guest.  Produced by Live Nation, the 22-date tour begins June 25 at the Hollywood Bowl in Los Angeles, CA with performances scheduled at some of the most storied venues across North America including Madison Square Garden in New York on Aug. 7, Bridgestone Arena in Nashville on Aug. 1, Budweiser Stage in Toronto on Aug. 10, Shoreline Amphitheatre in San Francisco on Aug. 29 and more (complete itinerary below).

*American Express® will hold a presale for tickets to the Hollywood Bowl concert only, visit americanexpress.com/entertainment for more information.

“The greatest singer in rock 'n' roll proved time is on his side with a heart-pumping nearly two hour set.” - Laura DeMarco, The Cleveland Plain Dealer

“Two Legends Who Thrill In Their Own Ways…More than just their pop success and great hair, what really united Sir Rod Stewart and Cyndi Lauper on Saturday night was the sheer joy that both brought out of the audience…You can put a price on a show, but it’s hard to quantify joy.” – Cory Garcia, Houston Press

“The pair, who combined have sold a whopping 250 million albums throughout their Grammy-winning careers… kick off a nostalgia blast.” – Rachel Desantis, Entertainment Weekly

“Stewart, Lauper provide timeless performances at Xfinity Center.” “There are concerts and then there are productions…Stewart’s signature raspy voice never faltered in a 90-minute set that dazzled with showmanship and personality, changes from one flashy costume to the next, and stellar vocals that drew the audience in close for their favorites… Stewart was simply a treat.” - Sue McDonald, The Sun Chronicle

“The spotlight was all Sir Rod’s…hits came early and often: Infatuation, Some Guys Have All the Luck, Tonight’s the Night, Forever Young, Young Turks, Tom Waits’ Downtown Train. On a stirring Maggie May, Stewart shimmied and twirled with his mic stand; on a drunkenly woozy Stay With Me, he punted an arsenal of soccer balls throughout the arena…but whenever the time came to sing loud and proud, Stewart didn’t back down.” - Jay Cridlin, Tampa Bay Times

Rod Stewart and Cyndi Lauper are true music legends, who’ve been awarded nearly every industry award and honor for their incomparable catalog of hits and activism, among them multiple Grammys, American Music Awards and VMA’s, plus two inductions into the Rock & Roll Hall of Fame, the ASCAP Founders Award for songwriting, and a knighthood for Stewart; and an Emmy and Tony Award for Lauper