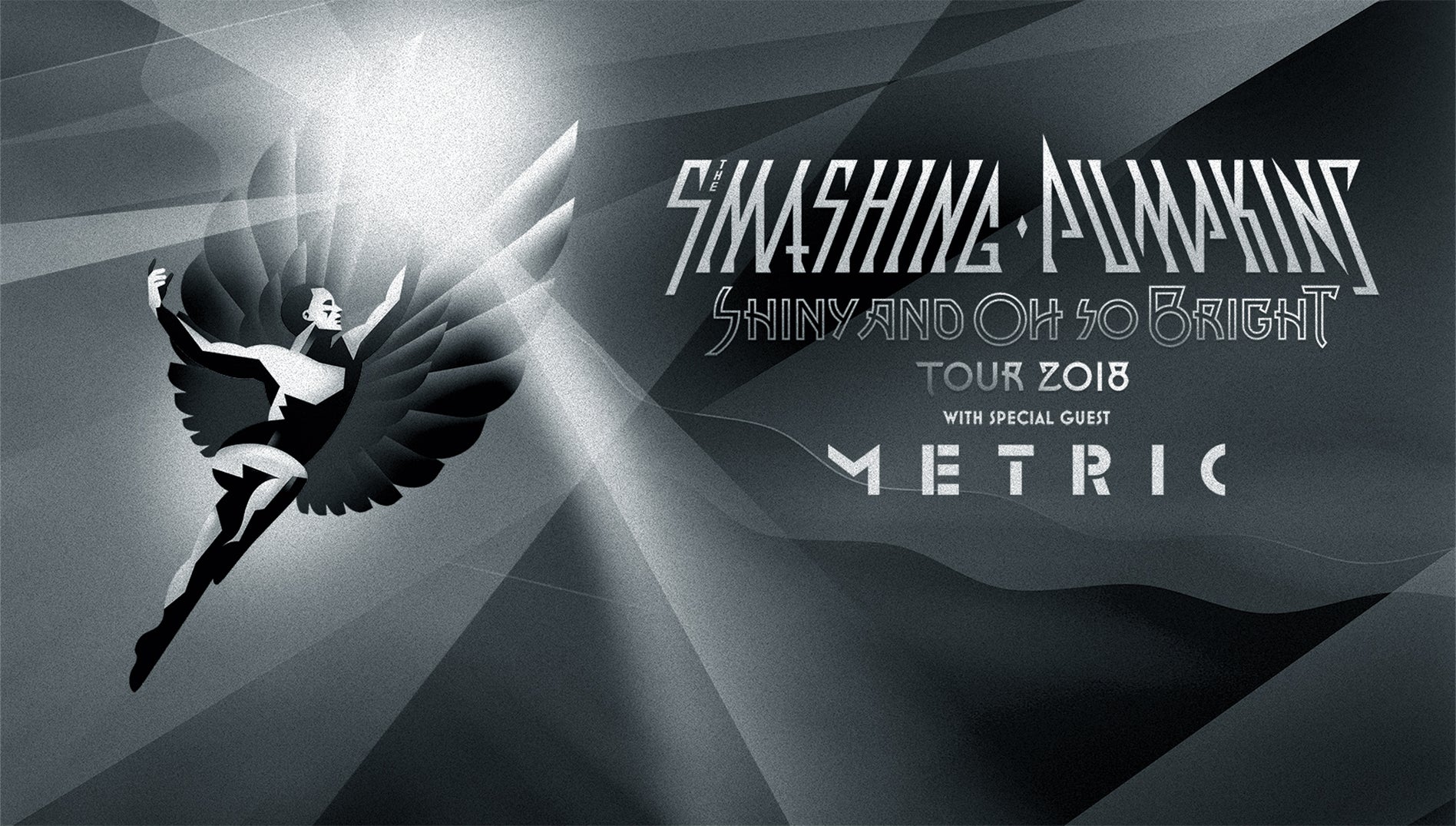 FEBRUARY 15, 2018 - GRAMMY® Award-winning, acclaimed alternative rock pioneers The Smashing Pumpkins today announced the Shiny And Oh So Bright Tour, their first tour in nearly 20 years to feature founding members Billy Corgan, Jimmy Chamberlin, and James Iha. Produced by Live Nation, the 36-city tour will kick off in Glendale, AZ on July 12, 2018 and visit North American arenas throughout the summer. Tickets for the Shiny And Oh So Bright Tour will go on sale to the general public starting next Friday, February 23 at 10:00am local time and be available at www.smashingpumpkins.com, LiveNation.com, and via the Live Nation App.
“Some 30 years ago, as The Smashing Pumpkins, James Iha and I began a musical journey in the cramped rear bedroom of my Father's house. And so it's magic to me that we're able to coalesce once more around the incredible Jimmy Chamberlin, to celebrate those songs we've made together,” shared Corgan.
The band broke news of the tour this morning with a dramatic video featuring original Siamese Dream album cover stars Ali Laenger and LySandra Roberts. Watch the clip HERE.
Embed tour promo video - https://youtu.be/_Axm5b3i1gA
The monumental Shiny And Oh So Bright Tour, which coincides with the 30th anniversary of the band’s formation, will highlight music from the group’s inception through 2000, and will exclusively feature material from their groundbreaking debut Gish through Siamese Dream, Mellon Collie and the Infinite Sadness, Adore, and Machina. Longtime Smashing Pumpkins guitarist Jeff Schroeder will also take part, as the band moves to a three guitar lineup to better emulate the signature tones and textures of their albums.
“This show and staging will be unlike any we've ever done, and will feature a set unlike any we've ever played. For if this is a chance at a new beginning, we plan on ushering it in with a real bang,” added Corgan.
Formed in Chicago, IL in 1988, The Smashing Pumpkins released their heralded debut album Gish in 1991 and found mainstream success with 1993’s 4x multi-platinum Siamese Dream and 1995’s 10x multi-platinum Mellon Collie and the Infinite Sadness. With nine studio albums and over 30 million albums sold to date, the GRAMMY®, MTV VMA, and American Music Award winning band remains an influential force in alternative rock.