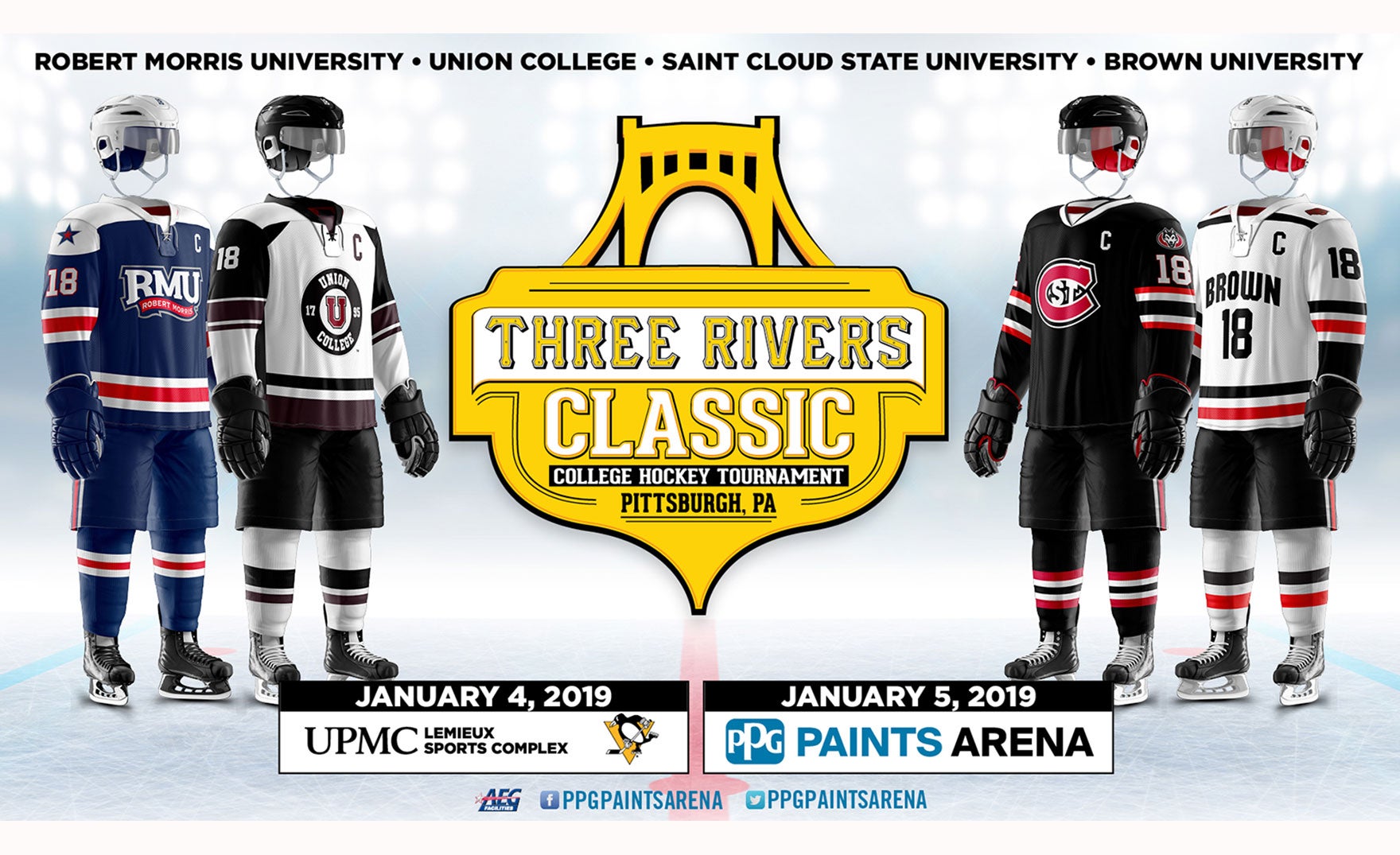 Day 1 of this year’s Three Rivers Classic will be held on Friday, January 4, 2019 at the UPMC Lemieux Sports Complex in Cranberry, Pa. The two ranked squads, St. Cloud State and Union, will open the tournament that afternoon at 5:00 PM. Later that night, Robert Morris will face off against Brown at 8:00 PM.

Single-day tickets are now available for purchase. Tickets are available at the PPG Paints Arena Dick’s Sporting Goods Box Office, TicketMaster CHARGE-BY-PHONE at 1-800-745-3000 M-F 9:00am to 9:00pm, Saturday 9:00am to 7:00pm, Sunday 9:00am to 6:00pm, or www.ppgpaintsarena.com MasterCard, Visa, American Express and Discover are accepted.

Robert Morris University will be looking to make its fourth-straight Three Rivers Classic championship game appearance. Last year, the Colonials fell in the championship game to Providence College, 2-1. RMU, three-time winners of the tournament, had been victorious in the previous two years at the 3RC.

This year the Colonials have compiled a 6-7-1 overall record, but more importantly they are 5-4-1 in Atlantic Hockey play. Goaltender Francis Marotte has started all 10 conference tilts, compiling a 1.80 goals-against average to accompany his .935 save percentage in league play.

St. Cloud State, which currently tops the National Collegiate Hockey Conference (NCHC) with a 4-0-2 record in conference play, is paced by senior forward Patrick Newell. He sits in the top-12 among all NCAA players in both goals (9, T-10th) and points (18, T-12th). Penguins forward Matt Cullen is a proud Huskies alum, having skated at the school for two years between 1995-97.